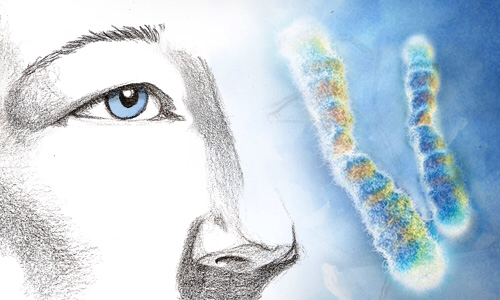 Male contraception, for the men’s rights activist, it is the quintessential technological milestone of our time. It is almost pointless to say, yet point it out i shall, that there is immense power to be gained in the development of an effective and safe form of male contraception of higher efficacy then conventional prophylactics and confirmed reversibility, as opposed to the invasive and permanent male vasectomy.

A man, imbued with the powers of temporary infertility will find himself perched comfortably atop a pedestal of immunity, high above the shifting sands of heavily biased child support courts, which default to the presumption of motherhood in the overwhelming majority of child custody disputes.  Pregnancies, planned and unplanned, as well as the extortionary legalities surrounding them are routinely used by women as a means of legal theft against the fathers of their children.  A man caught in the gears of the western child support system can expect to pay a sizable chunk of his annual income to the mother, as per the mandate of a court system that will more often than not, refuse to enforce his visitation rights and provide to him no process of confirmation as to whether or not the money he pays to the mother is expended solely for the benefit of his children. Consider the following graph: 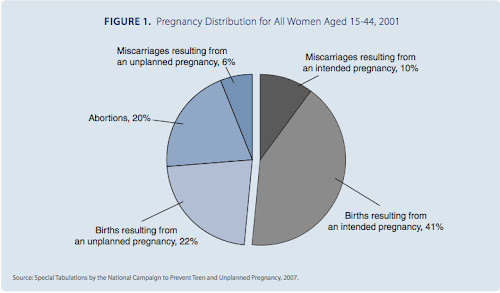 2001 statistics, (the most up to date i could find) show us that a full 48% of American pregnancies are unplanned. It is a fact that women, with access to a plethora of effective birth control methods, ranging from female condoms to the intrauterine device, to the pill and the option to abort post-conception, have complete control over when they have children. The morning after pill can be had, free of charge at your nearest planned parenthood.  A woman, more so than a man, and more so than at any other point in history, has complete power over when she chooses to procreate.

Knowing this…that just under half of all American pregnancies are unplanned at a time when women have so much control over their fertility, in a society where women can use children in custodial disputes to extract money from the father’s of their children, the conclusion must be drawn that a great many of these 48% of pregnancies are far from “unplanned”.  Meal ticket’s, that is what many of these pregnancies are functioning as…reproductive leverage against men on the part of dubious, dishonest women. How can a man know which woman may blindside him with one of these “accidental” pregnancies?  He cannot. with the advent of male contraception, he wont need to.  A man, in complete control of his fertility would find himself free and clear of this pesky 48%, free and clear of paternity fraud, he is free, completely, to never have children or to have a dozen all on his own terms.  It is imperative then, that men keep a very watchful eye on the development of such a contraceptive. Below is a (far from complete) list of some of the more promising efforts currently underway.

Unlike female contraceptives, which rely heavily on a hormonal approach to controlling fertility, RISUG (Reversible inhibition of sperm under guidance) employs a method involving the use of a polymer formed by the chemical reaction of dimethyl-sulfoxide with styrene/maleic anhydride. This polymer is injected into the vas deferentia, where sperm travel through during ejaculation. It is believed (though not confirmed) that the polymer, being an Anhydride, hydrolyzes on contact with water in spermatic fluid, this renders the polymer complex with a positive charge which, upon interaction with the negative charge of the sperm membrane renders them incapable of fertilization. The neutralization effect of the risug polymer can last a decade, and reversal is achieved by another injection of sodium bicarbonate solution into the vas deferens (although reversibility has only been confirmed during primate studies). Phase III clinical trails are currently underway in india under the auspices of the Indian health ministry, and is currently being marketed in the U.S. under the name vasalgel, where it is just beginning clinical trails. Regular updates are posted on the vasalgel facebook page.

The implications of risug can indeed be far reaching, it is low cost, minimally invasive, reversible, and does not sever the vas deferens like a vasectomy would. The fact that risug allows for extended efficacy at extremely low cost does not bode well for pharmaceutical companies who would prefer a relatively expensive, pill based, more than likely hormonal method of contraception to bolster their bottom lines with…something to keep in mind in predicting whether it will ever receive sufficient marketing here in the states.

The market however is real; unlike India, who suffered from a dismal volunteer rate for phase III risug clinical trails, I believe that American men would be much more receptive to such a procedure. There are however, major hurtles to be cleared before the safety of risug can be confirmed up to American clinical trail, and FDA standards. Dimethyl sulfoxide is marketed and classed as a “dietary supplement” in America, allowing it to evade a more sringent inquiry by the Food and drug administration, its carcinogenicity and teratogenicity have not been sufficiently determined to clinical trail standards, only time, and the required science will determine the safety of risug, until then, we wait.

The Hutterites, an anabaptist communal religious sect similar to the Amish, which reject all forms of contraception, and encourage large families among their people, have provided to modern science an ideal population to investigate the genetic causes of infertility. Scientist’s, conducting genetic study on Hutterite men with one or more children identified over 40 genetic regions responsible for influencing Hutterite male fertility, many of which are of course, universally related to fertility in all men.  These fertility influencing genes were then examined in animal studies, where rodents were given drugs that would cause genetic mutations relating to the suspected fertility influencing genes.  The mice that displayed infertility after the administration of the drugs were then studied to see what genetic change occurred which caused infertility.

It was found that the gene Katnal-1 was essential in the formation of fertile sperm in mice. Without the genetic information transcribed from this gene, a specific protein responsible for sperm maturation cannot form. It is believed that Katnal-1 has this same essential function in human sperm formation.  If a drug that inhibits the production of the protein that correlates to the Katnal-1 gene can be synthesized,we will have a functional male pill on our hands.  Better yet if advances in the science of gene therapy, and epigenetics allow us to effectively silence Katnal -1 gene expression all together, we will have a non-hormonal genetic vasectomy at our disposal.  Of course for such a procedure to be technically considered a contraceptive, not a vasectomy, it would have to allow for a repletion of Katnal-1 associated protein… Scientists are predicting such a form of contraception in 5 to 10 years.

James Tsuruta, assistant professor of pediatrics at University of North Carolina School of Medicine, has conducted a study on the effects of ultrasound on sperm production. It was found that mice, subjected to regular doses’ of ultrasound produced sperm counts of 3 million per milliliter of semen, in humans any sperm count under 20 million per milliliter is considered low. Human Sperm need very specific temperature conditions to retain its fertility, sperm cannot survive if it is exposed to temperatures exceeding past or decreasing below a small temperature window of approximately 37 °C. When undergoing an ultrasound, the targeted tissue vibrates as it comes into contact with sound waves, this creates heat which when applied to the testes of mice, killed sperm on contact.

The effect of the heat from the ultrasound is believed to be working in concert with other factors that aren’t completely understood, since the sperm levels of mice who received heating without ultrasound did not decrease as significantly as those that underwent the ultrasound treatment. It is possible that the ultrasound may manipulate cell behavior and gene expression, in the testes, thus until extensive, further animal studies are performed there will be no human testing.

Leave a Reply to a Cancel reply